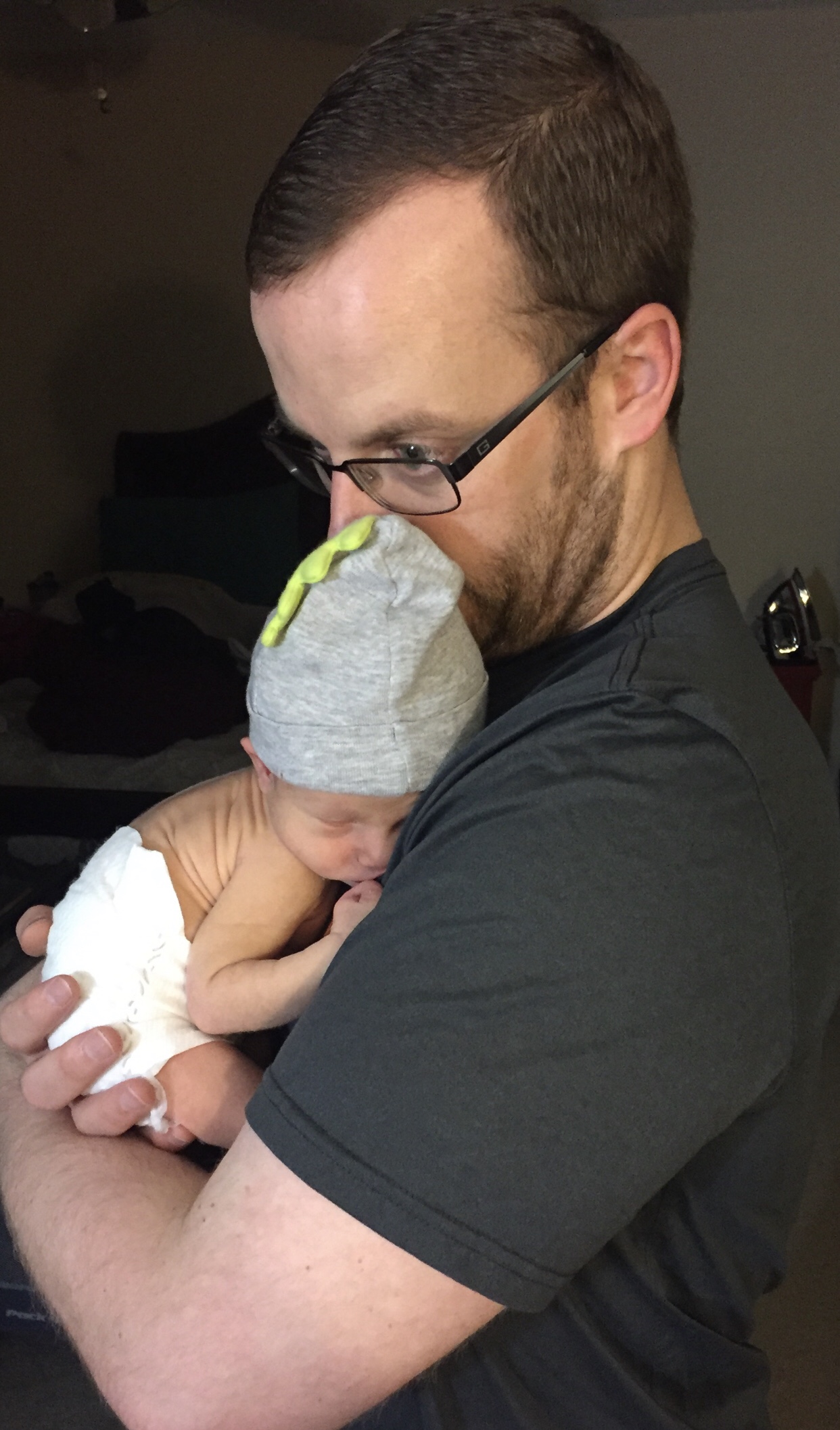 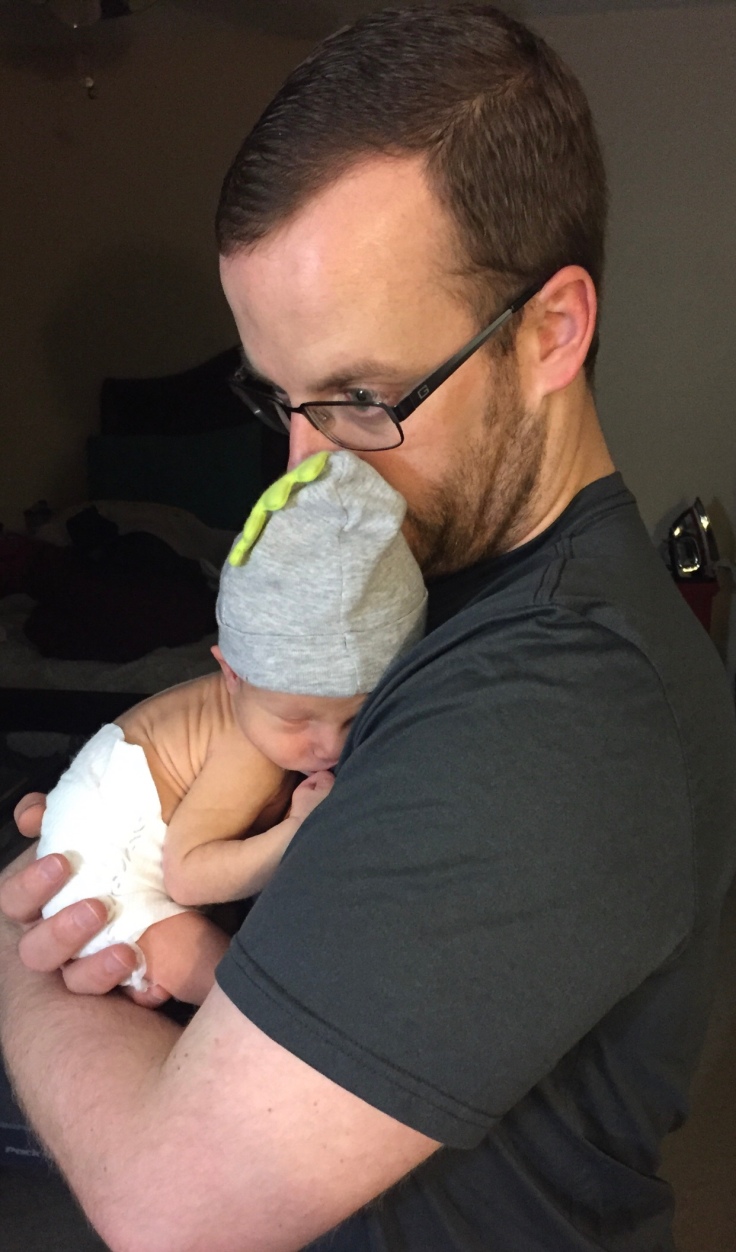 Before bringing you along on our journey through IVF from the passenger’s seat, I want to say thank you to my wife for her bravery for sharing and for what she had to go through to see our desires come to pass. We also couldn’t have made it without the support of family and friends during the journey.

I won’t forget when we started the whole process. I was very reluctant at first, for one because I heard how expensive it was and two, I really didn’t think we exhausted every avenue possible before embarking through IVF. But, at this point, it had been a while not seeing results so I went with my wife’s notion to visit a specialist. We went for the initial consultation and testing within a few months of each other. It was a day or two before getting the results back which were a little nerve-racking, but at the same time we were thinking it’s probably something simple that can be done to fix the issue. It was day two after testing and Angela called with the results. I was anticipating there would be some medicine we would need along with changes in our eating and we should see results in no time.

However, it wasn’t quite that simple. He told us that we had a one percent chance of having a natural born child given our circumstances. I’ll never forget where I was at in that moment. A rush of emotions came barreling in while Angela explained what the doctor said. It was only by the grace of God I didn’t hit anyone while driving on the Hefner Parkway! I can’t speak for everyone who has gone through similar experiences, but I had a wide range of emotions. I would love to tell you that I came to my wife’s side like a knight in bright and shiny armor, but it was more wondering how do I get off this wooden roller coaster I didn’t pay to get on (if you’ve never ridden a wooden roller coaster then it’s like paying someone to beat you up for 60 seconds)! On top of it all, I was heading to an appointment where the couple was fixing to make their first major purchase as a family. So I had to hold it together for me and them for two completely different reasons! After the rush of emotions, Angela and I talked about it that night then took time to pray for a couple of days on what should we do next; ultimately, we decided to go through IVF.

There was the common hurdle many face in this situation and that was how are we going to pay for this?? I immediately thought I would just produce enough to cover the cost by putting in extra work. The more I thought about it, the more I was overwhelmed by the thought of producing enough above our cost of living to cover all medical expenses. It was like taking on the challenge of paying, in full, a small car in a few short months! There were moments I was riding around saying Lord I can’t do this on my own. As always, he knows just where we are at.

A week or so went by before we were scheduled for our next appointment where they go through orientation for the whole process. I’ve been working extra time with hopes of coming through to pay it off before the deadline not realizing that God had already orchestrated everything for us. The day we were scheduled to go for our initial appointment to begin the process, I met with someone in hopes of the opportunity to create more business. I went in and told them about our situation. They are people we trust and knew they supported us so we felt comfortable sharing our story with them. After going through the whole situation with them, I was expecting a response of yes I’ll send more your way and we’ll pray for you. They asked some pointed questions about the process and I ended up telling them it was a money issue. They said, come with me, so obviously, I did without knowing what in the world was going on! What happened next I’ll never forget.

They asked how much was it? So I proceeded to tell them the amount while thinking is this really happening!?! They told their assistant, who manages the finances, to write a check to cover the amount needed! There wasn’t a dry eye in the room. They said they’ve been praying about it before I came to them and they felt like they were supposed to do it. I could barely breathe at this point. I couldn’t wait to tell Angela when I met her at the appointment, but I knew if I told her while driving then we would put others in danger! All I told her was I had something to show her before we went in. If you know Angela for any amount of time, you know suspense drives her crazy!

We met at the doctor’s office and I pulled the check out to show her. She held it in shock! I’ll never forget the look on her face. I think I remember her asking if it was real!?

It was an amazing moment. When I look back to see everything that transpired up to this point, I saw it as an Abraham and Isaac moment. God knew as they were going up the mountain for the sacrifice that there was going to be a ram in the thicket. Ram’s horns are designed to avoid getting caught up in thickets so you know it was an uncommon moment where God met them at their point of obedience. Abraham and Isaac didn’t know the ram was coming up the other side of the mountain to meet them there just like we didn’t know God was bringing our ram up the other side of our mountain. All we knew was that we had to obey.

We began the process with the financial hurdle crossed off, but knew it was just the beginning. We heard all the stories and statistics about people going through IVF for the first time. (Side note observation) Have you ever noticed when you begin something that it seems like all the negative people show up to tell you why something may not happen?? Or they knew someone (cousin, sister, aunt or friend they haven’t seen since high school) that went through the same thing and it didn’t work out for them? But I digress. Day after day things were nerve-wracking. Through all the ups and downs, we had to remind ourselves of what God had done for us up to this point. I had a fluid schedule and she had to come along with me on most of it. I had to help Angela with shots in some of the most unconventional places. It wasn’t planned that way, but circumstances forced it.

The two weeks after the initial egg retrieval were intense. It was probably the longest couple of weeks of our life. I would love to say we had it all together most days but many of them we didn’t; however, with God’s grace and support of family members, we made it through. We had to be careful who we talked to during that time to make sure our faith and mental wellness stayed intact. When the day came, they called Angela with the results and they told her the words she longed to hear for years you’re pregnant.

It really seems like you go from one intense moment to the next because now we had to go through the process to make sure our baby was going to make it. As the process began with some unexpected events, the time of having our child ended with unexpected moments. We ended up having to have a c-section when we were expecting Angela to have him natural. Let me remind you that Angela doesn’t do well with the unknown, so I did what I only knew to do and that was be strong along with words of encouragement. My biggest concern during the c-section was our doctor’s nonchalant attitude. It was like business as usual for her and her assistants. They were laughing and having a good time. I was like I need you at a level 10 emotionally because that’s where we are at right now, not knowing that we were her fourth procedure of the night! Everything we endured was worth it the moment that a healthy baby boy was placed into my arms for the first time!

But those who trust in the LORD will find new strength.

They will run and not grow weary.

They will walk and not faint.